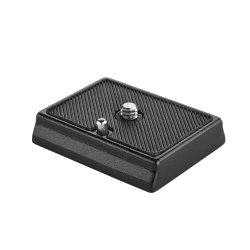 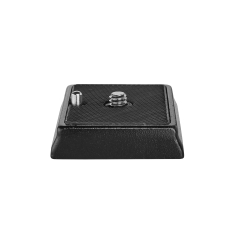 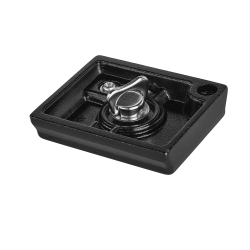 Ideal when using several cameras
Frequent screwing and unscrewing of cameras from the tripod (for example when using different cameras) is often quite time-consuming and annoying.
This problem can be solved by using a quick release plate. These plates are screwed to the camera body via the existing threaded screw (usually 1/4 inch) and then simply remain on the camera. A 1/4 inch screw for camera attachment is included.
Due to the length of 52 mm, this quick release plate is also ideally suited for larger and heavier cameras.
Via the easy-to-use locking mechanism of the quick release plate on the tripod head, the camera can be easily inserted or released in the tripod head within a very short time.