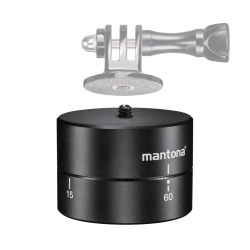 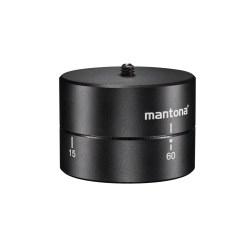 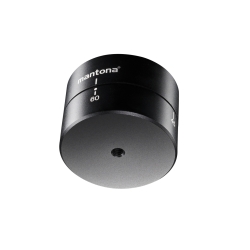 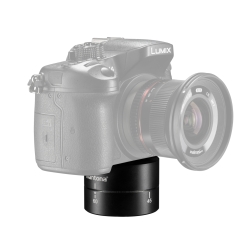 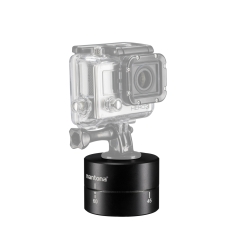 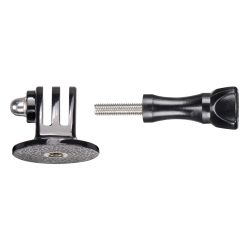 Item description
Simple and quick panorama shots with low effort
The mantona Turnaround 360 panorama head is simple to use and immediately ready for use - no matter whether Action Camera like GoPro hero, Qumox Camera or Easypiy, a smartphone, a digital camera or a system camera with a weight of up to 800g. With its functional principle, which is quite similar to an egg timer, it is able to take photos with fixed speed and all this over a specified period of time. For example, the head turns 360 degrees around its own axis in 60 minutes. The four marked points help when presetting the desired shooting time, but can also be set infinitely as desired.

Compact and of high quality
The mechanical interior and the housing are made of metal and provided with ¼ inch bores and a ¼ inch thread. This way the head can be quickly and easily mounted to various tripods, ball heads or video rails. To prevent blockage of the mechanical system one should only use cameras with a centre of gravity above the tripod thread. At the end of the chosen time period an alarm sounds to indicate the end of rotation
Technical specification