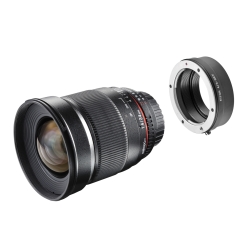 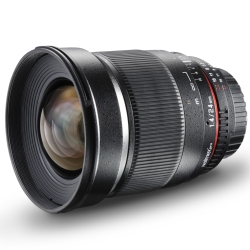 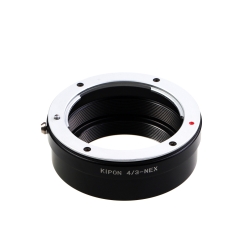 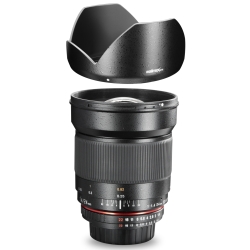 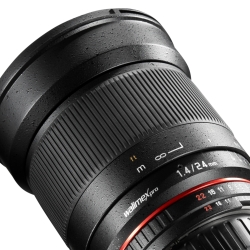 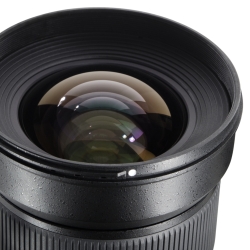 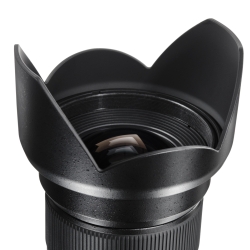 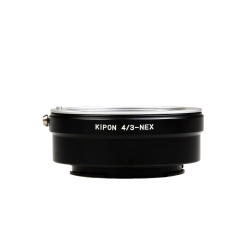 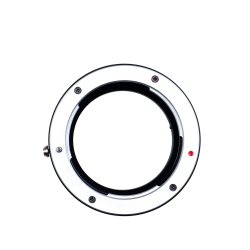 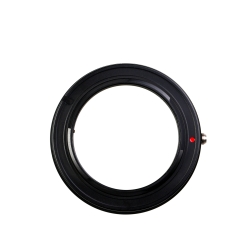 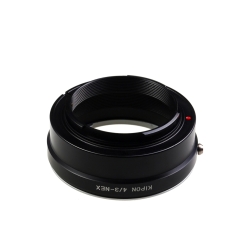 Set consisting of lens Walimex pro 24mm F1.4 (4/3) and adapter for Sony E Mount
This set includes an adapter to the lens to mount it on cameras with Sony E Mount. The optical properties are not affected.

Versatile fast lens
The Walimex pro 24/1.4 lens offers an ideal focal length for universal applications, it opens up many possibilities for design and creative photography. If you use a full frame camera, you'll love the 24 as a photojournalist and interior wide-angle lens. Its well-chosen focal length does not yet produce a "fleeing" foreground, as is the case very quickly with even shorter focal lengths, but nevertheless provides 4 times the image information of a standard focal length. This makes it very popular for landscape photography: natural reproduction and a lot of image information are the result. The very high initial aperture of f/1.4 also provides you with a very bright viewfinder for focusing and image design, but the shallow depth of field also gives you the possibility of creative freedom between foreground and background.

Internal focusing
The lens is equipped with an internal focusing system. The overall length does not change during focusing, nor does the filter thread rotate. This simplifies the use of gradient filters in landscape photography. Internal focusing via partially shiftable lens groups also has the advantage that uniformly good imaging performance from infinity to close-up is achieved. Focusing, as well as the selection of the effective aperture, is carried out manually by the photographer.

Aspherical lenses
For a full-frame wide-angle with f/1.4 aperture, this lens is quite compactly built. This has been achieved by using high refractive glass lenses. In addition, two aspherical glass lenses increase the imaging performance, you notice it in the image: almost all imaging errors are corrected.

Advantages of a full frame lens on a camera with APS-C sensor
Save time in post-processing. A variety of lens defects such as distortion, edge blur, or vignetting appear on the outside of the image. If you use a full-frame lens on a camera with an APS-C sensor, these areas will not be used. Thus, the maximum quality is obtained. Additional post-processing time for the correction of lens errors is therefore not required.